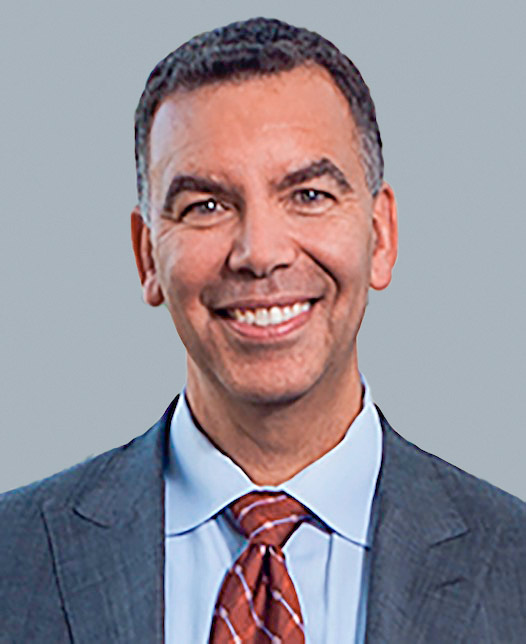 Robert Perez has served as a member of our board of directors since January 2017. Mr. Perez has been an Operating Partner at General Atlantic, a global growth equity firm, since January 2019, the Executive Chairman and member of the board of directors of Akili Interactive Labs, Inc. since 2017, the founder and Chairman of Life Science Cares, a non-profit organization, since 2016, and was the founder and Managing Partner at Vineyard Sound Advisors, LLC, a biopharmaceutical consulting firm, from March 2015 to December 2018. He previously served as Chief Executive Officer of Cubist Pharmaceuticals, Inc., or Cubist, a public pharmaceutical company, from January 1, 2015 until Cubist was acquired by Merck & Co., Inc. later that month. Mr. Perez joined Cubist in 2003 as Senior Vice President, Sales and Marketing, and served as Executive Vice President and Chief Operating Officer from 2007 to 2012 and President and Chief Operating Officer from 2012 to December 2014. Prior to joining Cubist, Mr. Perez held positions of increasing responsibility at Biogen Inc. from 1995 to 2003, most recently as Vice President of Biogen’s CNS business unit. Mr. Perez previously held various sales and marketing positions at Zeneca Pharmaceuticals. Mr. Perez has been a director of AMAG Pharmaceuticals, Inc., a public pharmaceutical company, since January 2009, Zafgen, Inc. a public biopharmaceutical company, since September 2015, and Spark Therapeutics, Inc., a public gene therapy company, since January 2018. In addition, Mr. Perez has served as a director of ImmusanT, Inc., a biotechnology company, since April 2018. Mr. Perez also currently serves as a member of the Board of Trustees at the Dana-Farber Cancer Institute, Inc. Mr. Perez was a member of the board of directors of Cidara Therapeutics, Inc., a public biotechnology company, from March 2015 to June 2018, Flex Pharma, a public biotechnology company, from September 2015 to January 2018, Cubist from April 2014 to January 2015 and Unum Therapeutics Inc., a public biopharmaceutical company, from March 2018 to June 2019. Mr. Perez received his B.S. from California State University, Los Angeles and an M.B.A. from the Anderson Graduate School of Management at the University of California, Los Angeles.